You may have noticed a particular logo and a set of initials on our website here at Altruwood: the letters FSC and a picture of a squiggly-looking tree with a checkmark. From the way we feature it, from our FSC Ipe siding to our FSC certified wood flooring, you can tell we’re proud to have earned this logo. But if you’re not familiar with the world of forestry and ecology, perhaps you’re not sure why it means so much to us.

Those letters stand for Forest Stewardship Council: the world’s most widely accepted and respected group devoted to setting guidelines for what responsible forestry looks like. And we at Altruwood are proud to be one of more than 20,000 businesses who are now part of this voluntary certification program. When you see the FSC logo, you can be sure that from the time it was grown to the time it arrives at your home, our FSC-certified wood products and were handled in a way that is respectful of forests and mindful of their impact on the environment. But to fully understand the FSC’s positive impact, you have to know a little about its history. Things weren’t always this way.

Back in the early 1990s, there was no accepted standard or system for ecological forestry. Governments were trying—and failing—to come to an agreement. Concerned businesses, environmentalists, and community leaders had been talking about the need for something to prevent worldwide deforestation, and even came up with a name for a group to do such a thing: the Forest Stewardship Council. At this time, the group was still looking to governments to lead the way.

In 1992, participants in the Earth Summit, a United Nations conference held in Rio de Janeiro, attempted to come up with a legally-binding commitment on forest management, but no new treaties or legal agreements were signed.

Participants at the Rio conference did agree, however, that it was time to stop waiting for governments to manage real environmental reform. Instead, the idea for an independent, worldwide, non-governmental certification program was born.

The FSC’s Founding Assembly was held in Toronto, Canada, in 1993, with 130 participants from 26 countries. That same year, the first FSC certificates were issued. By 1994, the FSC’s by-laws had been approved and it was finally established as a legal entity. After 10 years in existence, 40 million hectares of forest had been certified by the FSC as being managed with sustainable practices. Today, nearly 20 years after the FSC was created, 168.364 million hectares of forest had been certified.

Those numbers may sound nice, but what does it all mean?

In order to get that coveted FSC certificate, a forest owner or timber company must show that they are meeting stringent guidelines that both the forests and the people who harvest them are respected.

The FSC’s guiding principles are that timber harvesting should be environmentally appropriate, socially beneficial, and economically viable. Past efforts to fight deforestation sometimes hurt communities dependent on the timber industry. Boycotts of certain types of wood, for instance, led to devaluation of forest land. The FSC’s goal has been for a voluntary, market-based approach that would improve forest practices, rather than simply trying to ban or boycott logging.

For example, in the community of Kikole, Tanzania, the blackwood tree (also called African ebony or ironwood), used for making woodwind instruments, was being harvested illegally.

The people of the community were not seeing any benefits from the sale of this wood. In 2009, the FSC gave a certificate to a Tanzanian non-governmental organization for a community-managed natural forest. Today, more than 17,000 hectares of blackwood forest are certified, and profits from the certified lumber are being reinvested in the community to ensure clean water and midwife services.

Stories like these made us want to be a part of this progressive group, even though it meant some extra work on our part. To get an FSC certificate, Altruwood and other retailers like us submit an application to an independent, FSC-accredited certifier. We keep detailed records and carefully track our sources to be certain that any product we claim to be FSC-certified truly was produced in a certified forest, and that all the companies involved in the process of its manufacture and re-sale were also certified. We are audited annually to make sure we remain in compliance, and we are subject to short-notice inspections of our facilities and records at any time. 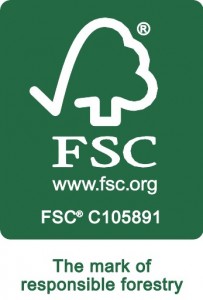 It’s a stringent process, but it’s one we’re proud to be a part of. Simply put, we care about forests. We want to make sure they’re around for future generations, and we want to work with growers who feel the same way.

Why You Should Recycle Your Wood Products
Sustainability and eco-friendly practices are the buzzwords of the new millennium. At AltruWood, our expertise in recycled wood and FSC-certified wood products places us at the intersection of sustainability...

What Does it Really Mean to be FSC-Certified?
Perhaps you’ve heard the term “FSC-certified” before. If you’ve spent much time around companies that value sustainable building practices, like AltruWood, then chances are, you may even know that...

FSC asks USGBC to Define “Approved Equivalent” for LEED
There’s a new standard in place for construction firms and designers interested in green building: LEED version 4 has been approved by the U.S. Green Building Council. It’s the beginning of the next...